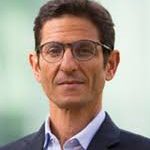 Jeffrey Wool is the Secretary-general of the Aviation Working Group, a not-for-profit international industry group that works on the development of policies, regulations and rules designed to facilitate advanced international aviation financing and leasing. Jeffrey acts in that capacity on secondment from Holland & Knight, a leading international law firm. Jeffrey coordinates all AWG activity and has since its inception in 1994.

Jeffrey is also a senior research fellow at Harris Manchester College, Oxford, and an affiliate member of the law faculty, University of Oxford. Jeffrey was the second instructor (following, and then jointly with, prof. Roy Goode) of the now globally-instructed course, transnational commercial law. He then led the initial development of its course materials and was key to its advancement. He is a senior advisor to UNIDROIT and president of the UNIDROIT Foundation. He was professor of global business law at the University of Washington School of Law from 2011-2019, where he was the founding co-director of its global business law institute and developed a new course on international business compliance.

On behalf of AWG, Jeffrey has been a central actor in the development, negotiation, and national ratification and implementation of the Cape Town Convention (CTC). He chaired the group that prepared the initial draft of the Aircraft Protocol, chairs the International Advisory Board for the CTC’s International Registry, and is the director of the Cambridge – UNIDROIT CTC academic project. He leads global projects promoting and assessing ratification of, and compliance with, CTC. He is responsible for AWG CTC compliance index (CTC compliance index). See https://ctc-compliance-index.awg.aero/

Jeffrey is currently coordinating the development by AWG of the Global Aircraft Trading System (GATS), a fully electronic platform for the transfer of aircraft subject to leases. See www.e-gats.aero

Jeffrey is also coordinating AWG’s assessment of Environmental, Social and Governance (ESG) geared to the context of aviation financing and leasing.

Jeffrey is the AWG point on its activities relating to COVID-19. 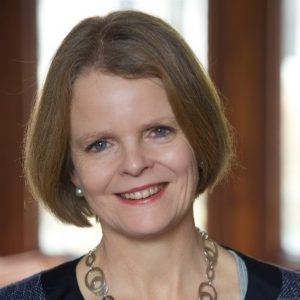 Professor Louise Gullifer QC (hon) FBA is Rouse Ball Professor of English Law at the University of Cambridge, and a fellow of Gonville and Caius College, Cambridge.  She was formerly Professor of Commercial Law at the University of Oxford and held a Fellowship at Harris Manchester College isince 2000. She is an associate member of 3VB, where she practiced for a number of years, and a Bencher of Gray’s Inn.

She teaches and writes extensively in all areas of commercial and financial law, especially secured transactions and financial collateral, intermediated securities, set-off and personal property. She is the editor of Goode and Gullifer on Legal Problems of Credit and Security and has co-authored a number of books on commercial law and debt financing, including The Law of Security and Title Financing, The Law of Personal Property, Corporate Finance Law: Principles and Policy and Set-Off in Arbitration and Commercial Transactions. Her most recent co-edited volume is Intermediation and Beyond (2019), which considers the advantages and disadvantages of the holding of securities through the intermediated system, and the way forward.  She is currently co-director of a project on digital assets, and is writing and editing a series of books on secured transactions law and reform around the world, of which the volume on Africa was published in 2019.  She has acted as an expert witness in cases concerning set-off, intermediated securities and insolvency law.

Louise holds one of the temporary chairs of the Business and Law Research Centre, International Commercial Law, at Radboud University, Nijmegen. She has been the Kwa Geok Choo Distinguished Visiting Professor at National University of Singapore and held a Chair of Excellence at Universidad Carlos III, Madrid. She has also been a visiting professor in Paris, Leiden, City University, Hong Kong, and Columbia Law School.

She was the founding director of the Commercial Law Centre at Harris Manchester College and executive director of the Secured Transaction Law Reform Project, as well as the Cambridge academic lead of the Cape Town Convention Academic Project. She was the UK delegate to both UNCITRAL (working group VI) during its work on secured transactions, and was one of the UK delegates to the UNIDROIT Diplomatic Conferences on the Pretoria Protocol to the Cape Town Convention.  She is on several editorial boards, including that of the Asia Pacific Law Review.  She is co-chair of the Academic Committee of the International Insolvency Institute, a P.R.I.M.E finance expert and a member of the International Academy of Commercial and Consumer Law. 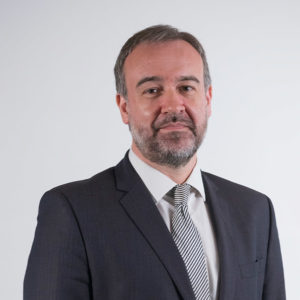 Professor Ignacio Tirado, PhD (Bologna), PhD (Madrid), LLM (London) is the Secretary-General of the International Institute for the Unification of Private Law (UNIDROIT). He teaches Commercial, Corporate, and Insolvency Law at the Universidad Autónoma of Madrid (Spain).

Previously, he has been Senior Legal Consultant at the World Bank’s Financial Sector Practice. A qualified lawyer, Ignacio was Of Counsel of the Business Restructuring and Insolvency Practice of Hogan Lovells, LLP (Madrid Office, then Lovells LLP), until he joined the World Bank. Ignacio is a member of the Executive and a Director of the International Insolvency Institute, where he is also Co-Chair of the Academic Committee. He is the Vice-Chair of the pan-European think-tank Conference of European Restructuring and Insolvency Law (CERIL).

Ignacio has represented the World Bank in UNCITRAL´s Working Group V (insolvency) and Spain and the III in Working Group VI (secured transactions). Lead Researcher at the UAM in a European Commission´s DG Justice Project on out of court workouts, Professor Tirado is a founding member of the Academic Board of the European Banking Institute and an International Fellow of the American College of Bankruptcy.